All content on this Wiki is non-binding and any individual opinions expressed should not be considered indicative of the policies or positions of CDISC or any other organization. 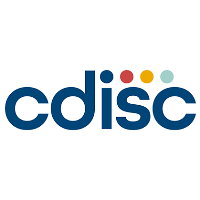 You are viewing an old version of this page. View the current version.

CDISC Therapeutic Area (TA) Standards extend the Foundational Standards to represent data that pertains to specific disease areas. TA Standards include disease-specific metadata, examples and guidance on implementing CDISC standards for a variety of uses, including global regulatory submission. This page aims to provide readers a better understanding of what to expect, and not to expect, from a TA standard. See also the Overview of Therapeutic Area User Guides module freely available from the CDISC Online Learning Platform (https://www.cdisc.org/education/online-training).

Hyperlinked words on this page serve as cross-references to sections in the latter half of the page.

What to Expect from a TA Standard

A TA standard typically provides advice, examples, and explanations related to the use of the Clinical Data Acquisition Standards Harmonization (CDASH) model, the Study Data Tabulation Model (SDTM), and/or the Analysis Data Model (ADaM), and the implementation guides for each in the context of human clinical trials, within the context of the therapeutic area for which the guide is named.

† To the best of the team's knowledge. As CDISC is not comprised of clinical experts, the selection of concepts to cover, and any clinical discussion related to them, relies heavily on team clinicians, clinical and regulatory guidelines, academic works, and input from contributing organizations. Clinical guidelines, articles, and other works consulted by the team during the development of a standard are cited where appropriate, and a full list of works cited and consulted is usually included in the appendices, under "References".

A TA standard does not include:

CDISC standards do not specify what data should be collected or how to conduct clinical trial protocols, assessments, or endpoints.

What are Biomedical Concepts?

A Biomedical Concept (BC) is a unit of knowledge, created by a unique combination of the characteristics that define observations of real world phenomena in clinical research and/or healthcare, which represents biomedical knowledge that borrows from medical knowledge, statistical knowledge, BRIDG, and the CDISC standards. Metadata for BCs include the properties of the data items that are parts of the concepts, controlled terminology for those data items, and the ways in which the concepts relate to each other.

BCs are maintained in the Shared Health and Research Electronic (SHARE) metadata repository. SHARE is the authoritative source for BCs.

What are concept maps?

Concept maps are graphical tools for organizing and representing knowledge. They include concepts, usually enclosed in circles or boxes of some type, and relationships between concepts, indicated by a connecting line linking two concepts. Words on the line, referred to as linking words or linking phrases, specify the relationship between the two concepts. We define concept as a perceived regularity or pattern in events or objects, or records of events or objects, designated by a label.

The concept maps in CDISC standards use the following coding for the classification of concepts:

This classification is based on classes in the Biomedical Research Integrated Domain Group (BRIDG) model (available at: http://bridgmodel.nci.nih.gov/). These color-symbol pairs have been used to highlight kinds of things that occur commonly in clinical data and therefore give rise to common patterns of data. Concepts whose class does not have an assigned code have a thinner, black outline, and no accompanying symbol. These may include the subject of an observation, as well as characteristics, or attributes, of the coded concepts.

What is controlled terminology?

Within the context of CDISC standards, controlled terminology is vocabulary for which the meaning and (to some extent) the use have been pre-determined. You may have been in a conversation where two people used different definitions for the same word, to the increasing frustration and/or confusion of all: that kind of situation is what controlled terminology seeks to prevent. By enforcing the same definition for variables, values, etc. in data reporting, controlled terminology decreases the risk of semantic misalignment and facilitates the comparison of data between studies.

What are foundational standards?

Who or what is…

For more information on these and other CDISC partnerships, see: http://www.cdisc.org/cdisc-partnerships.

A great many thanks to everyone who has contributed to the development of a therapeutic area standard. As with all CDISC products, each TA standard is truly an illustration of strength through collaboration.